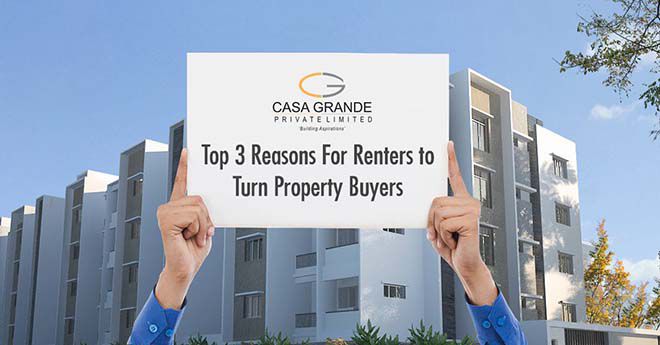 2017 opened with some special treats for the real estate industry. The Central Government is pushing for some innovative schemes that could see the real estate market flourish, benefitting both developers and investors. Buying a house in the old days was considered a luxury investment and one that many Indians would carefully consider before doing […]

2017 opened with some special treats for the real estate industry. The Central Government is pushing for some innovative schemes that could see the real estate market flourish, benefitting both developers and investors. Buying a house in the old days was considered a luxury investment and one that many Indians would carefully consider before doing so, but the tables have turned with affordability playing a key role in property purchases today.

Taking up a property on rent is an old Indian tradition, especially for first time buyers who are on a tight budget or a little unsure about the market. The recent shift in real estate policies and impact of demonetization has given new hope, prompting many homeseekers to opt for purchasing over renting.

The fourth quarter of 2016 introduced demonetization to the Indian economy and it has so far proven to have a positive impact on real estate. In the last few years, developers have re-strategized their approach to building new projects, increasing the demand and giving license to home seekers to take full control over purchasing decisions with the power to bargain. The ball continues to be in the home seekers court, as 2016 demonstrated a six-fold increase in the launching of affordable homes.

A blessing in disguise for current and potential homeowners is the Real Estate Regulatory Bill (RERA). To make property deals smoother and more transparent, RERA has come up with some impressive reforms:

The RERA bill gives solid reasons for many to reconsider their home seeking choices, as buying a property today can prove to be a highly profitable and more comforting investment instead of renting a house.

While home loan rates and property prices have dropped, questions of affordability were still raised concerning people of the lower-middle class and poverty background. PM Modi answered those questions to huge acclaim on New Year’s Eve. The Pradhan Mantri Awas Yojana scheme (PMAY) allows people to afford a home within their financial capability.

With the drop in interest rates looming (from 1 percent to 5 percent), homes are bound to become more affordable. The PMAY scheme adds an extra layer of affordability; home seekers will now be able to avail a subvention on home loan interest rates, 4 percent on 9 lakh loan and 3 percent on 12 lakh loan.

People registered under the Economically Weaker Section (EWS), and Low Income Group (LIG) can avail a subsidy of 6.5 percent (under the Credit Linked Subsidy Scheme) for an initial loan amount of 6 lakhs and continue to be beneficiaries of the scheme for 15 years.

Based on the current scenario of homes becoming more affordable, research says that renting a house could end up being more expensive than buying a property. So if you’ve got the funds, cash in on a nice home instead of struggling with monthly rent dues.

Smart Cities are the future

An ambitious project that compliments the PMAY scheme, the Smart City initiative aims to urbanise 100 select areas across the country over the next 20 years. With a budget of around 7,000 crores and unanimous support for small, medium and major real estate developers, the initiate plans to provide enhanced health-care, education, infrastructure, sanitation and ecology facilities.

Slums, small townships and B grade cities are all part of the plan, ensuring 360-degree development over the facilities mentioned above. International standards that will support the demonetization move will be implemented in tier one cities, while better overall mapping will take place in smaller towns.

Investing in real estate means you’ve secured a good future for your next generation. With Smart Cities on the horizon, won’t it be great to have a home of your own in the next-gen locality? There will soon be so many homes to choose from, so cross off the option to rent and make buying a home the only thing you ever want to do.