The upcoming infrastructure upgrades in Chennai With an aim to provide a major facelift to the outskirts of Chennai and implement a massive infrastructural upgrade, the city is preparing to undergo rapid change. This much-needed upgrade is set to elevate Chennai’s social and physical infrastructure with an exciting lineup of projects.

Chennai is one of the many cities in India that has embraced globalization with open arms. It is among the largest automobile and IT hubs of the country, along with a very strong healthcare unit, collectively providing employment opportunities to thousands of people.

The city has been on a constant quest to adapt with the changing economy, shift in lifestyle choices, decongest and simply make everyday life faster and easier. Let’s take a look at the infrastructural upgrades that are set to change the landscape of Chennai –

Chennai Domestic & International Airport Upgradation
The Chennai airport is expected to undergo massive renovation. The revamp of the airport involves the construction of both international and domestic terminals on either side of the old building. The current capacity of the airport does not meet the existing traffic, which is why new infrastructure is absolutely necessary, including the construction of a second airport to handle the increased traffic. An upgraded airport in Chennai would ensure more commercial establishments around the neighbourhood, eventually making way to more housing demand and more people buying property in Chennai.

Extension of Metro Railways
Covering a distance of 9 km in North Chennai, the Chennai Metro Rail Limited (CMRL) has resumed working on the metro extension project in the city. Phase I of the extension involves total expansion, construction of new metro stations and other related work. This expansion is set to make traveling within the city much simpler, especially in the northern part of Chennai between Washermenpet to Thiruvittiyur/Wimco Nagar. The Phase II of the extension is still under wraps, however, the project will involve a three-corridor expansion from the north-west part of the city to south, west to east and also an orbital route. The ongoing metro rail work and the future plans will ease the traffic congestion of Chennai and make in and around the city a much smoother ride, hence prompting people to buy a house in Chennai worry-free.

Upcoming Roadways Projects
Under the Comprehensive Infrastructure Road Development Programme of the Tamil Nadu state government, several flyovers, highways and primary routes will be upgraded to wider and better quality roads. For instance, the six-lane roads are set to be transformed into eight-lanes. Major congested roads like OMR, GST, Mount Poonamallee Road, Vandalur flyover, Porur flyover, and other important junctions will be a primary focus, aiming at traffic decongestion. People wish to travel smoothly, and that will now be possible in Chennai and its outskirts.

Investing in a property or buying a house in Chennai will no longer be a far-fetched dream, thanks to these infrastructural upgrades that can make everyday life smooth and inclusive. If you are on the lookout for new, modern homes in Chennai in self-sufficient neighborhoods, check out ongoing and ready-to-move-in homes by Casagrand developers. Find your dream home in a Casagrand property and never live far away from the best the city has to offer! The demand for housing is rising with numerous areas around the city boasting to be a residential paradise. If you’re looking to take up a place for rent in the city, check out our list of the ten best rental destinations in Chennai. Old Mahabalipuram Road (OMR) One of the up-and-coming areas of Chennai, OMR […] 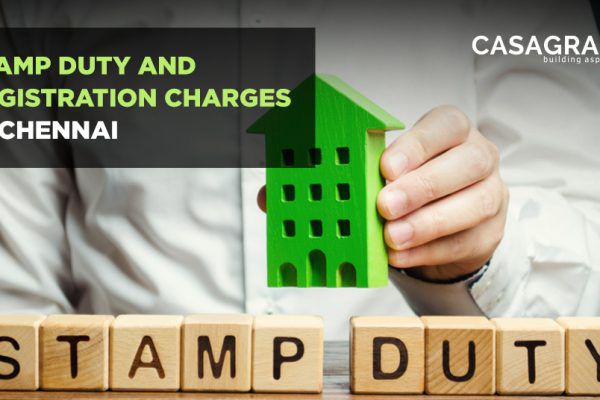 Tips for Griha Pravesh on an Auspicious Day

For most of us, investing in a house to call it your home is almost like a life-long dream come true. What plays a major role in this decision is when you buy it and when you choose to move into the house. The significance of choosing an auspicious day to perform the Griha Pravesh […]